To generate a QR code by Python: 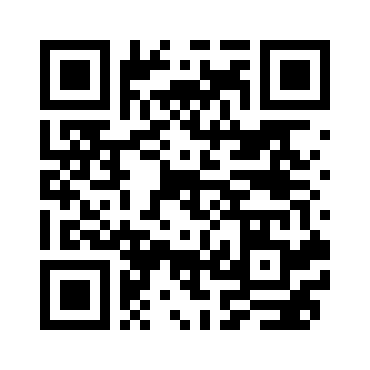 εὖ: it is a Greek word, typically used as a prefix, which means "good", “well” and "nice". 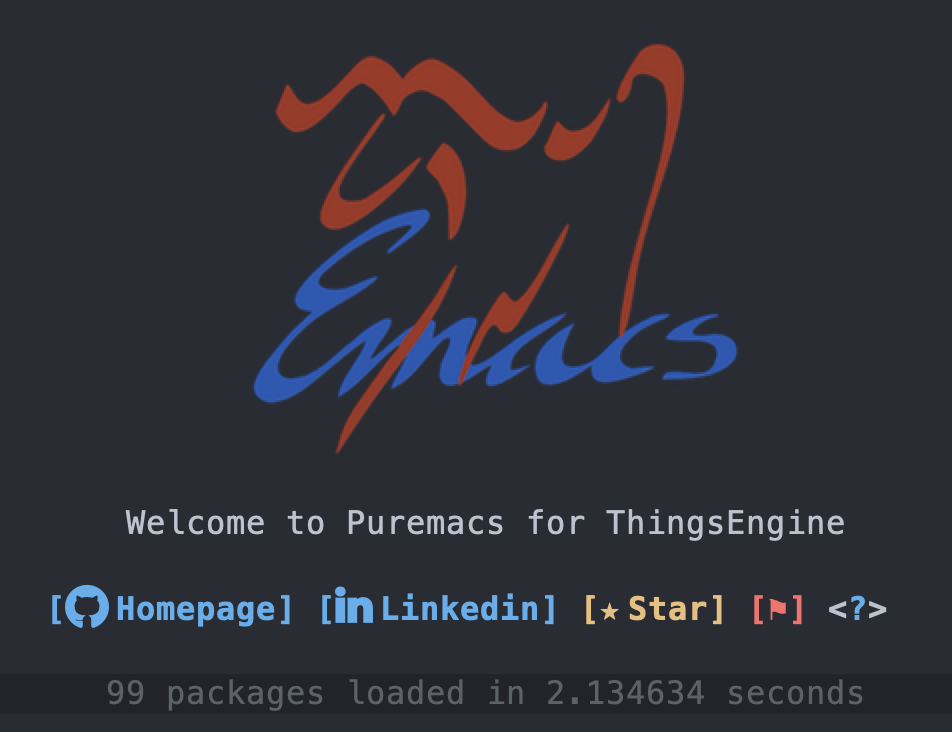 This figure is from emacs.sexy, created by Sacha Chua

To be or not to be using "Use-package"

A Brief Introduction to the Zettelkasten Method

Org-roam provides utilities for maintaining a digital slip-box. This section aims to provide a brief introduction to the “slip-box”, or “Zettelkasten” method. By providing some background on the method, we hope that the design decisions of Org-roam will become clear, and that will aid in using Org-roam appropriately. In this section we will introduce terms commonly used within the Zettelkasten community and the Org-roam forums.

The Zettelkasten is a personal tool for thinking and writing. It places heavy emphasis on connecting ideas, building up a web of thought. Hence, it is well suited for knowledge workers and intellectual tasks, such as conducting research. The Zettelkasten can act as a research partner, where conversations with it may produce new and surprising lines of thought.

This method is attributed to German sociologist Niklas Luhmann, who using the method had produced volumes of written works. Luhmann’s slip-box was simply a box of cards. These cards are small – often only large enough to fit a single concept. The size limitation encourages ideas to be broken down into individual concepts. These ideas are explicitly linked together. The breakdown of ideas encourages tangential exploration of ideas, increasing the surface for thought. Making linking explicit between notes also encourages one to think about the connections between concepts.

At the corner of each note, Luhmann ascribed each note with an ordered ID, allowing him to link and jump between notes. In Org-roam, we simply use hyperlinks.

Org-roam is the slip-box, digitalized in Org-mode. Every zettel (card) is a plain-text, Org-mode file. In the same way one would maintain a paper slip-box, Org-roam makes it easy to create new zettels, pre-filling boilerplate content using a powerful templating system.

For further reading on the Zettelkasten method, “How to Take Smart Notes” by Sonke Ahrens is a decent guide.

The Starfish Story: one step towards making different

Once upon a time, there was an old man who used to go to the ocean to do his writing. He had a habit of walking on the beach every morning before he began his work. Early one morning, he was walking along the shore after a big storm had passed and found the vast beach littered with starfish as far as the eye could see, stretching in both directions.

Off in the distance, the old man noticed a small boy approaching. As the boy walked, he paused every so often and as he grew closer, the man could see that he was occasionally bending down to pick up an object and throw it into the sea. The boy came closer still and the man called out, “Good morning! May I ask what it is that you are doing?”

The young boy paused, looked up, and replied “Throwing starfish into the ocean. The tide has washed them up onto the beach and they can’t return to the sea by themselves,” the youth replied. “When the sun gets high, they will die, unless I throw them back into the water.”

The old man replied, “But there must be tens of thousands of starfish on this beach. I’m afraid you won’t really be able to make much of a difference.”

The boy bent down, picked up yet another starfish and threw it as far as he could into the ocean. Then he turned, smiled and said, “It made a difference to that one!”

As easy to use as a document. As powerful as a graph database. Roam helps you organize your research for the long haul.

Notion: All-in-one workspace. One tool for your whole team. Write, plan, and get organized. Notion is a collaboration platform with modified markdown support that integrates kanban boards, tasks, wikis, and databases.

"Until Emacs 24.1 (June 2012), Elisp only had dynamically scoped variables, a feature, mostly by accident, common to old lisp dialects. While dynamic scope has some selective uses, it’s widely regarded as a mistake for local variables, and virtually no other languages have adopted it." – By Chris Wellons

See the article: Some Performance Advantages of Lexical Scope

Interviewer: Suppose Lord Russell that this film were to be looked at by our descendants, like a dead sea scroll in a thousand years time. What would you think it’s worth telling that generation about the life you’ve lived and the lessons you’ve learned from it?

Russell: I should like to say two things, one intellectual and one moral.

The intellectual thing I should want to say to them, is this: When you are studying any matter, or considering any philosophy, ask yourself only what are the facts and what is the truth that the facts bear out. Never let yourself be diverted, either by what you wish to believe, or by what you think would have beneficent social effects if it were believed. But look only, and solely, at what are the facts. That is the intellectual thing that I should wish to say.

The moral thing I should wish to say to them is very simple: I should say, love is wise, hatred is foolish. In this world, which is getting more and more closely interconnected, we have to learn to tolerate each other, we have to learn to put up with the fact that some people say things that we don’t like. We can only live together in that way—and if we are to live together and not die together—we must learn a kind of charity and a kind of tolerance, which is absolutely vital to the continuation of human life on this planet.

For decision making: the implementation phase

“Nothing more difficult to carry out, nor more doubtful of success, nor more dangerous to handle, than to initiate a new order of things.” - The Prince, Machiavelli 1500s

Emacs is … and more.

Insert screenshots into org files Mojave has a new screenshot capability you get with SHIFT-COMMAND-5. After typing SHIFT-COMMAND-5, select OPTIONS, then select "Clipboard". (save to desktop" and then the Dropbox saving funtionality.)

Most useful options for running emacs lisp as a script:

While exploring difference, never lose sight of sameness for it is sameness that brings us together. – John Briggs

A long journey begins with the first step – Lao Tzu

The macros in Org allow you to add text or code to an Org document that will be expanded during export: the text between the 3 pairs of accolades is expanded so that readers can see it in the exported versions of the document.

It can be used to construct complex HTML or LaTeX code.

This text is colored in blue. This other text is in red.

Org as a spreadsheet system

It is how to use Emacs Lisp as formulas in Org tables. Example 1: manipulate cells. Here is a simple table:

Now copy this formula, type C-c = in the bottom right field to insert a column formula2 and copy the formula here. Hitting RET will immediately insert the result in this field (Even.Yellow@emacs.edu) and add the #+TBLFM line (#+TBLFM: $3='(concat $1 "." $2 "@abc.edu")) at the bottom of the table.

Paragraphs are separated by at least one empty line. If you need to enforce a line break within a paragraph, use ‘\\’ at the end of a line.

To preserve the line breaks, indentation and blank lines in a region, but otherwise use normal formatting, you can use this construct, which can also be used to format poetry.

When quoting a passage from another document, it is customary to format this as a paragraph that is indented on both the left and the right margin. You can include quotations in Org documents like this:

Everything should be made as simple as possible, but not any simpler —Albert Einstein

Everything should be made as simple as possible,
but not any simpler

Practical tcpdump examples to lift your network troubleshooting and security testing game. Commands and tips to not only use tcpdump but master ways to know your network.

Knowing tcpdump is an essential skill that will come in handy for any system administrator, network engineer or security professional.

To simply convert one file from Markdown to Org the following command can be used:

The solution was to export the VoodooPad document to a folder as text (File > Export Document > Export as Text…). Then call pandoc via the find command to convert them all in one go:

Tables in Emacs with Org-mode

In Emacs, the Org mode comes with a fast and intuitive table editor. Spreadsheet-like calculations are supported by using the Emacs calc package and Emacs Lisp programming language.

Youth is not a time of life; it is a state of mind; it is not a matter of rosy cheeks, red lips and supple knees; it is a matter of the will, a quality of the imagination, a vigor of the emotions; it is the freshness of the deep springs of life.

Youth means a temperamental predominance of courage over timidity of the appetite, for adventure over the love of ease. This often exists in a man of sixty more than a boy of twenty. Nobody grows old merely by a number of years. We grow old by deserting our ideals.

Years may wrinkle the skin, but to give up enthusiasm wrinkles the soul. Worry, fear, self-distrust bows the heart and turns the spirit back to dust.

Whether sixty or sixteen, there is in every human being's heart the lure of wonder, the unfailing child-like appetite of what's next, and the joy of the game of living. In the center of your heart and my heart there is a wireless station; so long as it receives messages of beauty, hope, cheer, courage and power from men and from the infinite, so long are you young.

When the aerials are down, and your spirit is covered with snows of cynicism and the ice of pessimism, then you are grown old, even at twenty, but as long as your aerials are up, to catch the waves of optimism, there is hope you may die young at eighty.